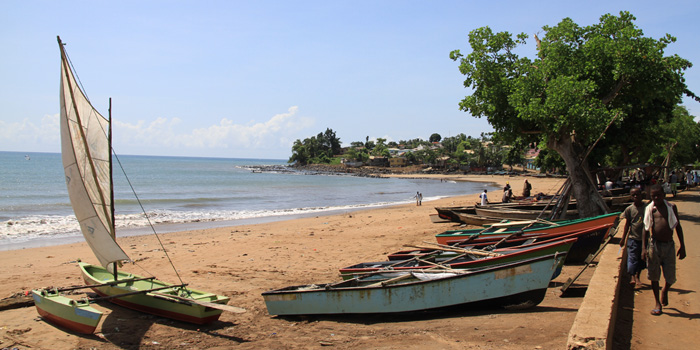 São Tomé and Principe is an archipelago located in the Gulf of Guinea, off the West and Central Coasts of Africa. The two main islands are São Tomé (Saint Thomas) and Principe (The Prince) and the total surface is 1001 km2.

São Tomé ranks 2nd as the smallest country in Africa, after the Seychelles island.
With the Equator line passing through the island, São Tomé´s weather is tropical & humid, with a dry area in the North, and a wet area in the South (above 7000 mm of rain per year).

São Tomé is a volcano island belonging to the Cameroon line, a volcano line starting in Thad Lake and extending up to Saint Helene island (where Napoleon Emperor lived at the end of his life).

The center of the island is mainly made up of mountains with the highest peak going up to 2024 meters high (Pico de São Tomé).

IN THE GULFE OF GUINEA 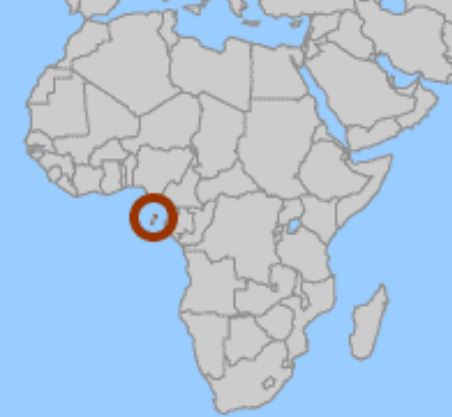 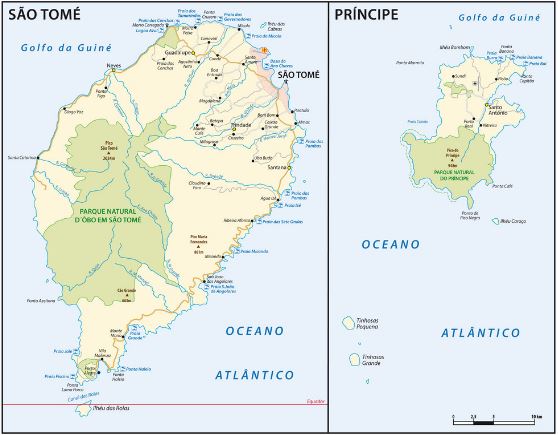 Thanks to its rich soils, São Tomé is famous for the high quality of its agricultural products, especially coffee beans and cocoa beans. The country was the main exporter of dried cocoa beans at the beginning of the XXth century (36.000 tons exported) before world production rose to millions of tons per year.

Nowadays, São Tomé only produces a few thousand tons per year and its production is mostly exported to Europe.
Coffee was also introduced in the XIXth century, and now there are few agricultural cooperatives that have centralized the production and provide support to small land owners. 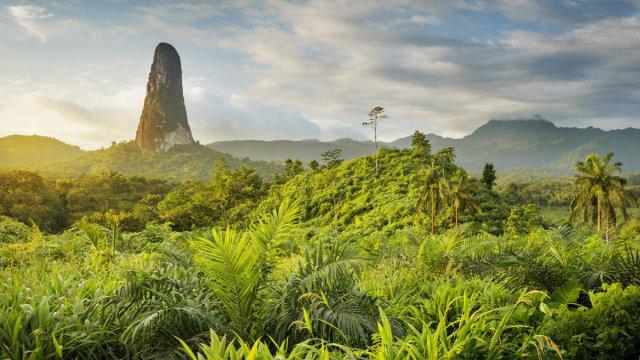 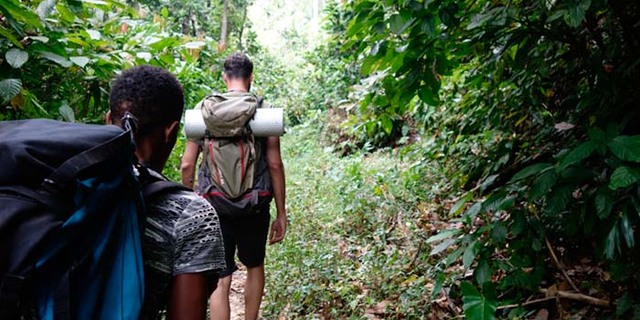 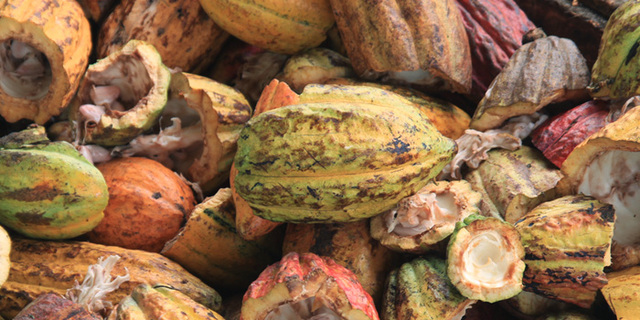 It is commonly accepted that the island was uninhabited until it was discovered by the Portuguese in 1471. The Portuguese crown quickly decided to populate the island, sending people and slaves to build the first city (historically based in the north of the island). Due to infectious diseases and malaria, they decided to relocate to the location of São Tomé’s current capital.

The island was a hub in the triangular slave trade, and was providing fresh supplies and water to the ships going to Brazil.

Meanwhile, a free men village was settled by slaves who escaped their prison-ship during a storm. it is now called São João das Angolares, and they speak a dialect called “Angolar”, originally coming from Angola. In 1595 their leader, “King Amador” led guerrilla warfare against the Portuguese, rallying with the runaway slaves from the sugar cane plantations. They even reached the capital of São Tomé, but he was ultimately captured and sentenced to death. Rei Amador is now considered a national figure of the identity of São Tomé and he is celebrated every year on January 4th.

São Tomé became officially independent on July 12th 1975, and became the Republic of São Tomé and Principe. The central square was renamed “Independence Square” and the democratic transition was completed in the early 90´s. 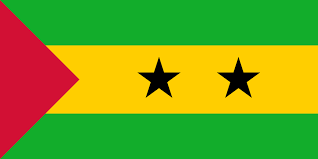 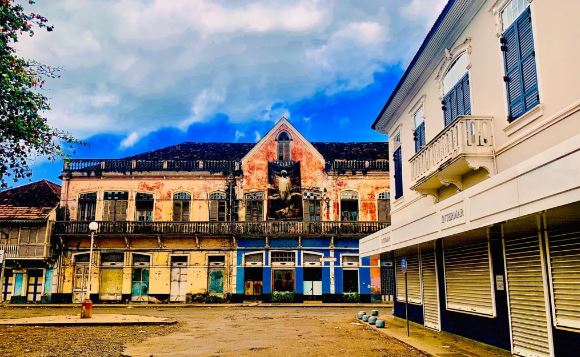 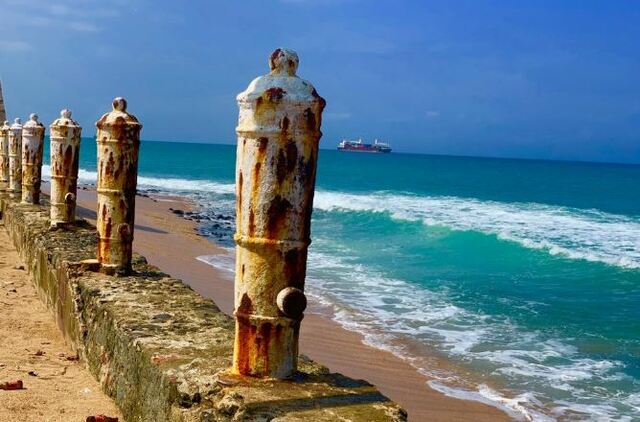 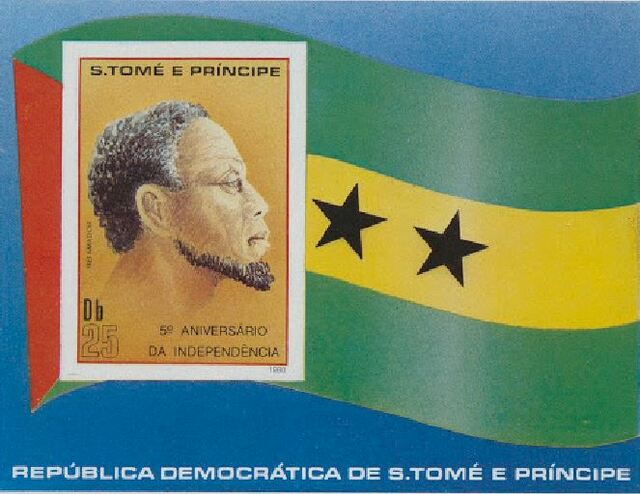 São Tomé ranks #178 out of 184 in the list of the poorest countries by average income (According to World Bank statistics).

About 90% of the government budget comes from foreign aid. Portugal, the European Union and R.P.China are the main financial supports of the country.

Tourism had reached about 30% of GDP in 2019 and the economic development was positive until the sanitary crisis arrived. All borders were thus closed, and the state of Emergency was declared, shutting down most of the economic activities. 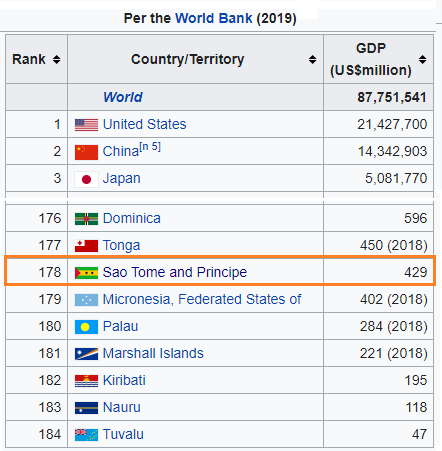 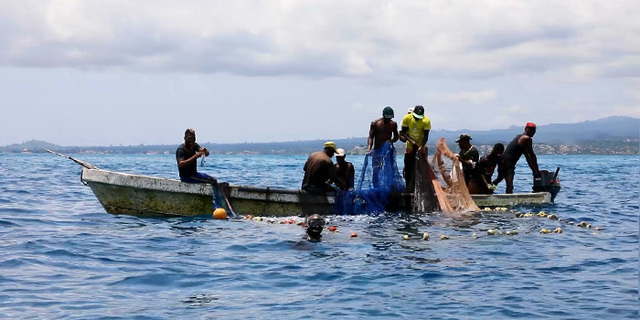 Challenges for the Future – Demographics

The population is very young ; 50% is under 20 years old. Considering the current high unemployment rate and the housing crisis, we can easily foresee São Tomé’s great near-future challenges. If no action is taken, the social situation will reach an alarming state in the next 15 years, with an increase in population that have no access to jobs.

In order to help solve this issue, it is one of our goal at CACAE Association to follow the children up to adulthood, by either providing them with professional training, or by helping them study abroad and obtain scholarships. We are committed to their long term development. 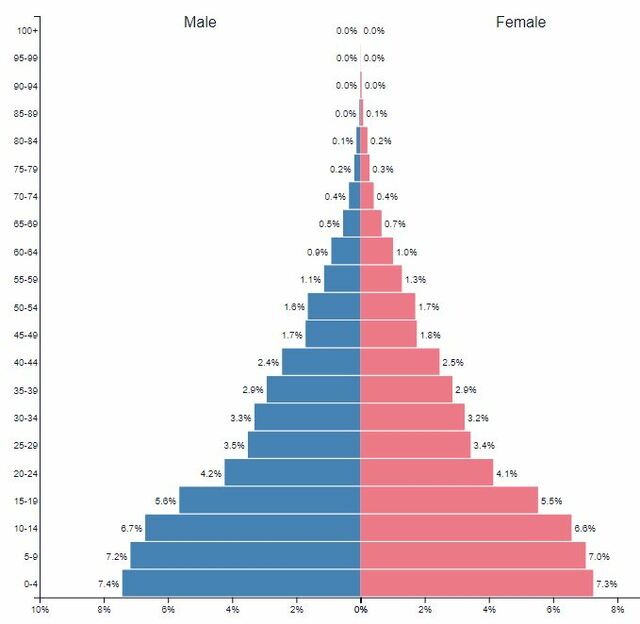 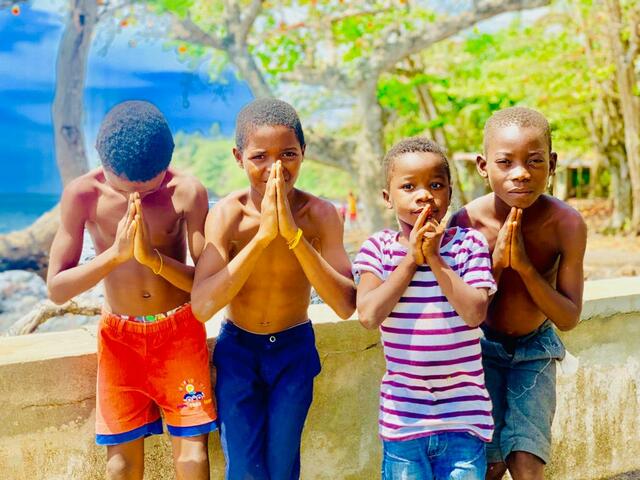